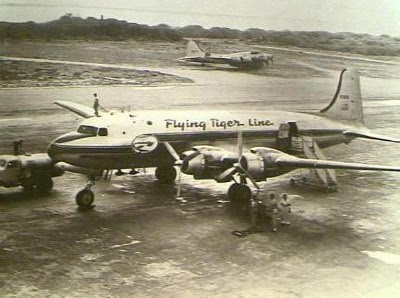 This is the amazing story of a DC-4 that ditched in the Pacific Ocean. The Aircraft was owned and operated by Flying Tiger Inc. What is interesting in this story is how the complex fuel management system on board the DC-4 basically caused the accident.
I've always liked Flying Tiger, actually flew on one of their big DC-8-62's From McChord AFB Washington to South Vietnam over the blue Pacific.
Anyway here is the story. I used the actual investigation from the CAB report and info from a story about the crash published in Saga Magazine and also segemsnts taken from a C-54/DC-4 operating manual to explain the complex system.

The aircraft departed Honolulu @ 0013, September 24, 1955. On an IFR flight plan to Wake Island Airport. The filed route was Green 9, Rhumbline track, to maintain 8,000 feet.
The dispatchers informed the crew that the weather they would encounter along the route consisted of a low pressure trough that they would cross at the 165 degrees of west longitude. There were no fronts to be crossed enroute. Scattered cumulus clouds would prevail on most of the route with tops extending to 12,000 feet.

The take off from Honolulu was uneventful. First Officer Warren Fong Gin who had 7.603 total flying hours with only 360 in the DC-4 seated on the left made the takeoff.
Captain Anthony J. Machado, was seated in the right seat, Captain Machado a very experienced pilot held ratings in DC-3/4/6 and C-46 aircraft he had a total of 13,450 hours of which 8,895 were in the DC-4. Co-pilot Robert Carl Hightower who had a total of 1,328 hours with only 20 of those hours in the DC-4 was seated on the jump seat between the pilots. The aircraft took off with all main tanks full of fuel, (total of 1,942 in the mains). The fuel management was set up so that the four main tanks supplied fuel to their respective engines. Also at takeoff the two outboard aux tanks were full (412 gallons each) and the two inboard aux tanks contained 130 gallons each. The inboard tanks had a capacity of 362 gallons each.
In cockpit behind the three pilots were the navigators Dominic Ventesca and Richard Carl Olsen. Olsen was Chief Navigator and Radio Officer for Flying Tiger line. The navigators were responsible for giving the Captain Machado while flying the route to Honolulu Tiger 433’s navigators gave hourly position reports to Honolulu ATC, the reports consisted of current Position, fuel remaining, ETA next Position and a weather report.
About one hour 0115 into the flight Captain Machado retired to a crew bunk to rest. Co-pilot Hightower took his seat which left first Officer Gin in charge. 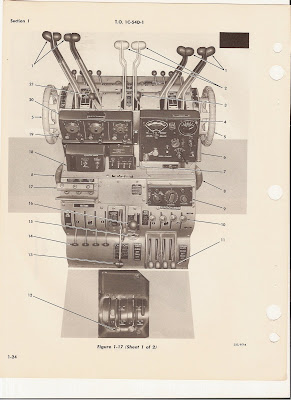 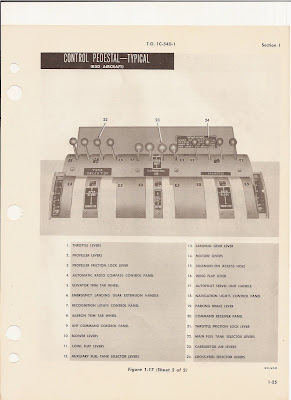 The Control Pedestal on the DC-4, Showing Fuel selector levers.

Flying Tigers DC-4’s operated with a fuel system that included a 6 tank configuration and a 8 tank configuration which had different fuel selector positions. The Fuel selector positions on the 6 tank system were REAR-OFF; CENTER-AUXILIARY TANKS; FORWARD-MAIN TANKS. The DC-4 8 tank positions for the fuel selectors are: REAR-OFF;CENTER-MAIN TANKS; FORWARD-AUXILIARY TANKS.
According to records Captain Machado had piloted both types of the fuel selector DC-4 aircraft.
All pilot crewmembers were all checked out on these systems on the DC-4.

During the investigation flight tests were made on November 8. 1955 at the request of the Board and were observed by CAB personnel. The tests were conducted in a DC-4 equipped with the 8 tank system as installed on N90433. All possible reactions to the positioning of the control positions that Captain Machado listed in his report, including those before and those after he “Realized his mistake” in his first positioning of the fuel tank selectors. 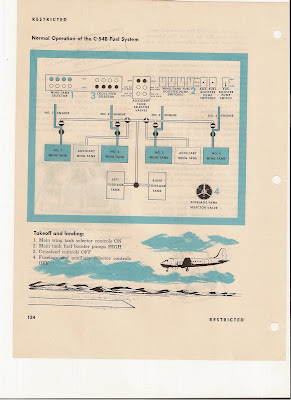 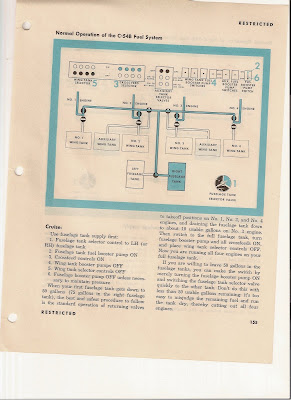 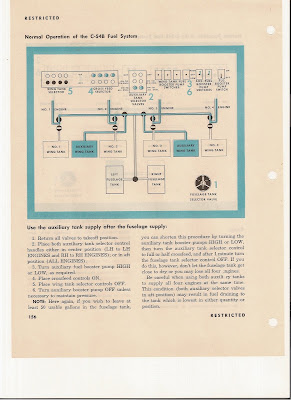 THE ANALYSIS
The flight tests proved conclusively that if No. 1, 2, and 3 props had been allowed to windmill with fuel system and engine controls in the configurations described by Captain Machado, the engines would have restarted. The conditions described in the Captain’s report were: Ignition on; fuel selectors positioned on the main tanks for each respective engine; main tank boosts on; mixture auto rich; crossfeeds off.

While feathering the three propellers would slow the rate of descent the action definitely removed any possibility of restarting the engines while in that condition. The separate unfeathering of the propellers and the starting attempts probably consumed more time and altitude than the original feathering may have gained.

It is evident that if the remaining fuel (20 gallons each) in Nos 2 and 3 aux tanks had not been transferred by First Officer Gin, the loss of power would not have occurred when it did even though Nos 2 and 3 fuel selectors were incorrectly positioned for an indefinite period after the loss of power on the three engines. 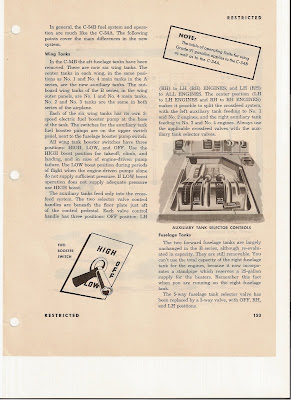 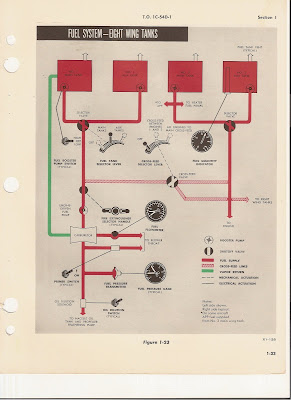 Segment from C-54/ DC-4 Operating manual
If the fuel transfer had not been made, the additional normal flight time would have allowed the captain to make a thorough survey of the fuel situation and then an unhurried routine switching of each main tank to its respective engine. According to six hourly radio reports from the flight prior to the emergency, fuel consumption had been a uniform 200 gallons per hour for the four engines. Each main tank contained 400 gallons at the time of Captain Machado's return to the flight deck, according to his statement, and this amount of fuel was sufficient for approximately eight hours of flight. The flight tests also showed that even though the fuel transfer was made and the three engines subsequently stopped. there was more than sufficient time from the altitude of 8,000 feet to restart the engines. The practice employed by the crew in allowing two engines to be operated on one auxiliary tank down to 20 gallons of fuel is considered poor operating practice.

By reason of the positive results obtained in the flight tests, the Board concludes that the captain's and copilot's recollection of events occurring after the loss of power, as described in their statements, was incorrect an to action and/or sequence. This absence of accurate recollection is understandable when consideration is given to the stress of the emergency and subsequent events after the ditching and before rescue.

On the basis of all available evidence the Board finds that:

1.
The carrier, the aircraft, and the crew were currently certificated.

2.
According to company records., the load was within specified limits and properly distributed.

3.
Weather or navigation was not a factor in the accident.

4.
There was sufficient fuel aboard the aircraft to reach the destination.

5.
Loss of power was experienced in three engines because of the positioning of fuel selectors on empty or nearly empty tanks.

6.
The failure to restart the three engines was due to incorrect technique or improper method of using fuel selectors end associated controls.

The Board determines that the probable cause of the accident was the loss of power in three engines due to incorrect fuel system management and faulty restarting methods which resulted in the ditching of the aircraft.

BY THE CIVIL AERONAUTICS BOARD:
Posted by Stu Richards at 4:46 PM

I knew Mr Hightower. Our families were close for a time and he and my Dad had an aircraft restoration/supply business for a while on the side apart from their regular aviation jobs. He retired a Senior Captain flying L-1011s for Delta (sometime in the 1980s I believe).
He was a Pilot's Pilot

First officer Gin was my Uncle i was only 3yrs old at the time of his death.